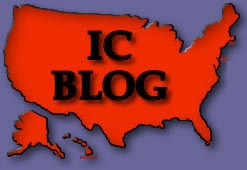 Muhammad Tahir ul-Qadri, a prominent Sufi Muslim cleric based in Pakistan, today issued a 600-page fatwa against terrorism and suicide bombing during an appearance in London.

The highlight of this fatwa is Qadri's edict that terrorism is not an act of matyrdom and that suicide bombers are destined for hell rather than for a rendezvous with 72 virgins.

The folks at Jihad Watch however received Qadri's fatwa with much skepticism. In addition to inquiring about Qadri's definition of terrorism and what constitutes an innocent person the edict comes under criticism for not getting to the root of jihad itself:

But here, as ever, the question remains: What about jihad? Without addressing the ideology and its roots in the Qur'an, ahadith, and Sira, acts of violence in the name of jihad -- offensive or "defensive" (jihad in search of an excuse) -- remain untouched by this edict. Thus, even despite the ruling on suicide attacks, this fatwa is not a game-changer, so to speak. There is more than one way to wage a jihad.

A good indication of whether Qadri's words will mean anything is if threats of violence by Islamic fundamentalists are directed towards him and his followers. Should such threats bemade one must wonder how and he and his followers will respond to them. If Qadri sticks by his words and is prepared to lay down his life for them in the face of intimidation then they deserve our attention.

But how many times have we seen a Muslim spokesperson condemn all forms of terrorism unless it is Muslims "exercising their right of resistance" against Israel?