Minhaj-ul-Quran International North America (MQI-NA) has been working in USA as a registered non-profit organization in USA since 2008. But it has been actively rendering its services in multiple states since 1998.

Minhaj-ul-Quran International North America has been built on the concepts of a peaceful, loving, tolerant and moderate interpretation of Islam employing the methods of Sufism.

Shaykh-ul-Islam Dr Muhammad Tahir-ul-Qadri undertook his first visit of the US in 1983. For the promotion of organizational and preaching activities, he held a dialogue with the local community in addition to Pakistani expatriates and other Muslims and delivered a number of lectures on various topics of Islam and modern age. This is through this first visit of Shaykh-ul-Islam that the Muslims living in the US came to know of Minhaj-ul-Quran International.

In April 1986, Shaykh-ul-Islam undertook his second organizational visit of the US. He delivered lectures and speeches in New York, Washington, Los Angelus and Baltimore, which attracted huge audiences.

In September 1987, he visited the US for the third time. During this two-week tour, he was invited to deliver a lecture in the "University of Hari Land". He gave his speech on "Islam and Modern Science". He visited the US in January 1990 for medical treatment and gave a speech in Miami on the invitation of General Development Corporation. Pakistan's State Channel PTV conducted his interview in Washington in January 28. From organizational point of view, it was his fourth visit of America. He delivered a lecture in the University of Southern on the topic of "Quran on the creation of Universe", which was attended by the prominent intellectuals, scholars and scientists. After the conclusion of the lecture, all of them came to see Shaykh-ul-Islam and appreciated him for his in-depth scholarly lecture on such an important topic as this lecture helped them to allay many misconceptions about Islam.

Later on, he spoke on "Islamic commandments and their scientific justifications" in Hawthorne and "Responsibilities of parents in non-Muslims Societies" in California. These lectures helped the people a lot in understanding the Islamic teachings comprehensively. The Muslim Community liked speeches on the topic of family unit. During this visit, he delivered a speech at the University of Virginia on the topic of "Islam: the state religion" and "Status of Christ and Mary", which was highly liked by the Christian community.

He left for the US tour on February 22, 1997. This was his seventh visit to the United States. He took part in a number of functions and programmes in New Jersey, Los Angles and New York. He also undertook the visit of America in February 1999. He inaugurated the Minhaj Islamic Centre in New York. He made a speech on the subject of "Islam and Morality" in a local mosque on February 10, 1999 and on February 12, the topic of his speech was "Truthfulness of Islam and role of Muslim Umma" and on the following day he expreesed his views about "Islamic Concept of Politics". On February 14, he performed the inauguration of Minhaj-ul-Quran Islamic Centre New Jersey, whose cost was 70 lac $ dollars, which was collected in the form of donations by those associated with Minhaj-ul-Quran International.

After the successful completion of his visits to the UK and Canada in July 99, he led the Kashmir rally in front of Head Office of UN in America and submitted a Memorandum on Kashmir to the Secretary General of UN at this occasion. He also held meetings with the members of House of Representatives and top officials of US State Department on South Asia. Qari Ghulam Rasool Qadri, Allama Ikram Siddique and Qari Sadiq Tahir have also served in the US. 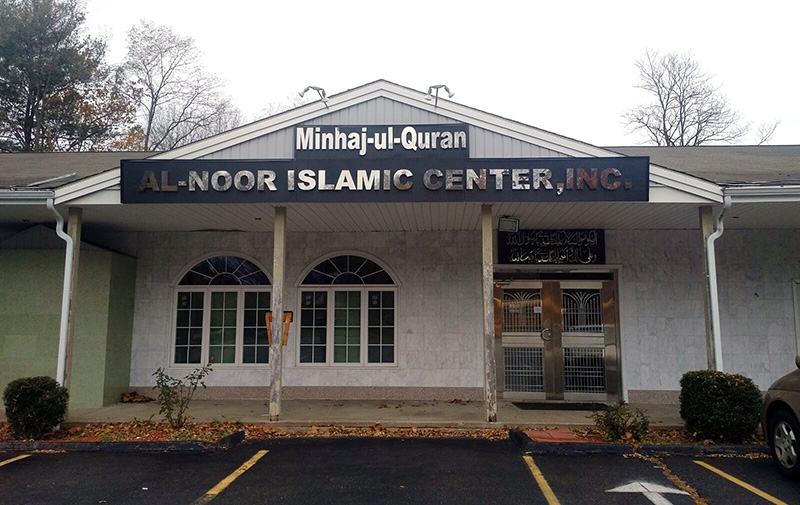